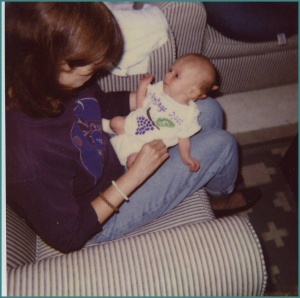 John is my friend Donna’s son, who celebrated his 11th birthday yesterday. He was born just a few months before I moved from California to New Mexico, so although I visit them occasionally (not nearly as often as I’d like), I’ve been present for approximately .0000001 percent of his life—or something like that, math not being my strong suit.

But John is clearly another 8w7. I totally grok him and get a huge charge out of seeing how similar he is to me. 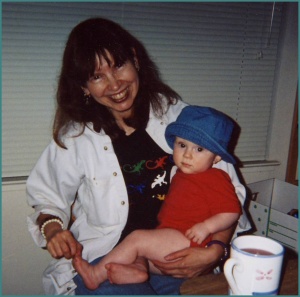 A couple of weeks ago, I got this email from his mother:

Quizzing John for his final in grammar. Pretty solid except he could not get the definition of COMPLY to save his life. Repeated efforts resulted in plenty of anger towards me. I was laughing on the inside. 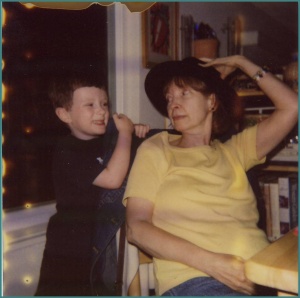 The Compliant stance is the one that’s least accessed by Type 8s, so I laughed on the outside when I read that. (Plus anger is the normal response to anything remotely frustrating.) It reminded me of when I was in high school and first saw that bumper sticker exhorting people to “Question Authority!” It stopped me in my tracks because I simply couldn’t figure out why anyone would put that on a bumper sticker. Didn’t everybody automatically question authority? Might as well exhort us to “Breathe Air!” or “Eat Food!”

A while ago, when Donna was helping John–the best speller in his class–with spelling words, she told me he had particular trouble spelling SINCERELY. That made me laugh, too, because I’m a good speller, but I went through a period of time where I consistently misspelled that word, even though I knew better. 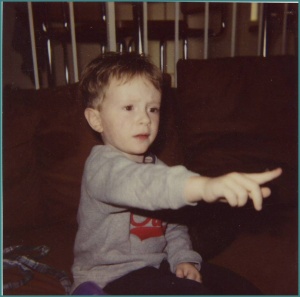 During a visit a few years ago, I accompanied Donna and John to one of his martial arts classes. Donna had prepared a hot crab dip for the potluck to be held afterward. She drove, John sat in the back seat, and I was in the front passenger seat balancing on my lap a cookie sheet under a very large, filled-to-the-brim bowl of hot crab dip. We were in the parking lot when my cell phone started to ring. I was waiting for a call from a friend to set up a time to get together, and I really wanted to take that call. But I couldn’t get at the cell phone without jostling the cookie tray and spilling hot crab dip all over myself and the interior of the car. At that very moment, with my cell phone ringing and the tray of hot crab dip precariously balanced, Donna began to make a left turn when another car started backing toward us, oblivious of our existence.

Well, of course, the F word just flew right out of my mouth. Donna gave me a look. John gasped. “She said the F word!” I sensed the hint of admiration in his voice. Later I told Donna that trying to keep the language of a Type 8 boy clean was a hopeless endeavor, which she’s since conceded. In fact, he’s promised her that when he turns 21, he’s going to really let loose. I suspect he won’t be able to hold out that long. When I was a kid, my parents accused me of teaching my two younger brothers to curse. Even now, my inner voice has the mouth of a sailor. That’s one reason I find hanging out with other 8s so comfortable. They don’t tend to blanche at profanity as quickly as some types do. We’re not as big on propriety. 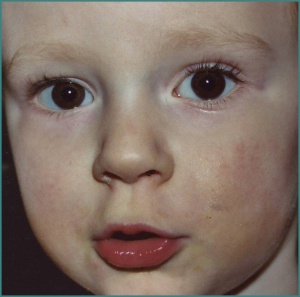 The year Adam Lambert was a contestant on American Idol, John was a big, big fan. He told his mother he wanted to paint his fingernails black. I was getting ready to visit them and said I’d spring for the nail polish. Shortly after I arrived, we picked up bottles of black and purple nail polish and some spray-on purple hair dye for John. We also stopped at a department store make-up counter and had one of the young women “do” John’s eyes in black shadow and eyeliner. Once we got back to their house, I took John to the bathroom and applied the purple hair dye, which looked great on him. He backed out on getting a full manicure but let me paint the nail on the pinkie finger of his right hand black.

At his next martial arts class, Donna and her husband and I were sitting in the peanut gallery observing the students as they lined up in front of their instructors. I caught John’s eye and held up my right pinkie finger—painted dark plum—in solidarity. John then faced his instructor and gave him a pinkie salute with his right pinkie finger. Donna and I dissolved into hysterical laughter, while her husband couldn’t quite decide whether he was amused or disgusted. 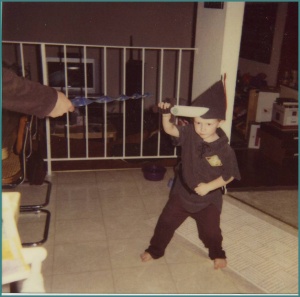 Last week, John told his mother that if he could have a superpower he would want to control gravity. Then he could deal with anything or anyone that was in his way. Oh, yeah! I’m totally with him on that one. I really miss being around that kid. On the other hand, if we did spend more time together, we’d probably both get into a lot more trouble.

This entry was posted in Enneagram, Relationships, Type 8 and tagged Enneagram, Type 8. Bookmark the permalink.

One response to “My Friend, John”