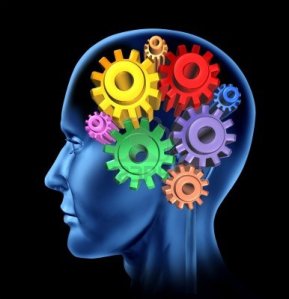 Sometimes people resist learning about the Enneagram (or MBTI) because they don’t like the idea of categorizing people—and they themselves are especially reluctant to be categorized.

But it turns out that our brains categorize things and people all the time at the unconscious level. And this can be very useful.

In Subliminal: How Your Unconscious Mind Rules Your Behavior, Leonard Mlodinow says that categorization is one of the most important mental acts we perform.

One of the principal ways we categorize is by maximizing the importance of certain differences…while minimizing the relevance of others. If we conclude that a certain set of objects belongs to one group and a second set of objects to another, we may then perceive those within the same group as more similar than they really are—and those in different groups as less similar than they really are. Merely placing objects in groups can affect our judgment of those objects.

Substitute “persons” for “objects” and you can see how categorization can lead to problems.

I remember that when I moved to New Mexico from California, I soon made the acquaintance of several other 8s. Immediately, I felt comfortable with all of them as a result of our similarities. Although we all have significant differences, those differences did not seem as important as our similarities so I downplayed them.

Categorizing people by Enneagram type is usually a conscious and deliberate process. But the traits and characteristics we associate with different types—and our attitudes toward them—may not be entirely conscious. Those unconscious attitudes may lead to negative stereotyping we aren’t even aware of.

So we don’t really have a choice when it comes to our brains’ categorizing habit and we aren’t privy to that information. But we can pay attention to the way we use the Enneagram to categorize people. We can notice when we perceive all 2s or all 9s as being alike. We can remember that although all 2s and all 9s have a lot in common with each other, each 2 and each 9 is different from the others. And even though we may not be 2s or 9s, we still have things in common with them. They are not as different from us as our categorization might imply.

5 responses to “The Categorizing Habit”